Light a Fire for the Earth – 2 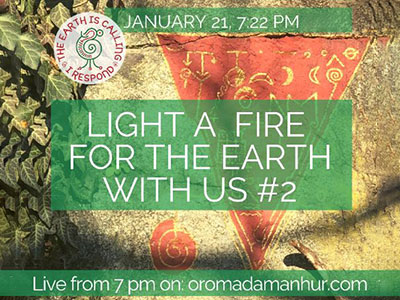 Light a Fire for the Earth – 2

An invitation to participate in a worldwide spiritual operation for the awakening of the Divine Masculine. This will be the second heartbeat of a united humanity, aware and ready for the new era that is just beginning. The first beat occurred on 21st December, 2020.

A ceremony will be held on Thursday 21st January, 6:30pm start, at the Perth Centre in the Perth Hills, if you would like to join energies for a group transmission.
RSVP via our Contact form or text Alison on 0419994250 if you wish to attend.

THE SECOND STRIKE OF THE GONG