The Poetry of my Consciousness

The Poetry of my Consciousness

Who Oberto was, what he wrote and how he grew up before becoming Falco

At sixteen, the young Oberto, who in his adulthood with the name of Falco Tarassaco would have become the founder of Damanhur, collected his poems in a book and soon after published a short story in the form of letters.

There was no trace then of what would have happened a few years later, of his consciousness awakening, or of his social, artistic and spiritual  adventure in Damanhur…   Or maybe there was!

How much of Falco Tarassaco, as an enlightened spiritual guide, is contained  in these writings?

How many fine threads link the thoughts of young Oberto to the philosophy developed by Falco in his forty years of spiritual teachings?  Let’s find these signs together: the meditative reflections which lead us to the themes that Damanhur will later develop. Let’s try to give meanings to the images, the words and the metaphors that seems to be just some  poetical exercises.

Who knows, out of them we could draw some valuable suggestions for ourselves and, maybe, following his example we could learn our first steps towards spiritual freedom. 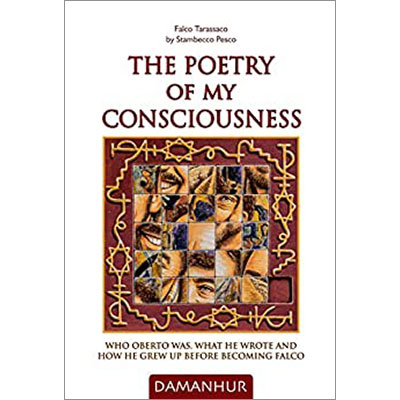